After running this site for nearly 2 solid years, I wanted to let you all know what's going on with it. No, it isn't closing. However, at this point, OSFR has hit a slow point.
I've shifted focus to another site--Good Hurts, a hot sauce review blog. OSFR is dedicated to poets and poetry; sharing ideas and voices; cultivating emerging poetics. However, Good Hurts is something I have full control over. I don't have to ask for submissions, deal with annoying blogger cut-and-paste formatting issues, etc.
This is NOT the end of O Sweet Flowery Roses, but just my explanation for the slowdown. I'll be teaching some poetry courses in Iowa in Spring 2010, and be rest assured that more solid stuff will be showing up here.
You keep submitting, I'll keep posting. Feel free to check out Good Hurts, especially if you like hot sauce! 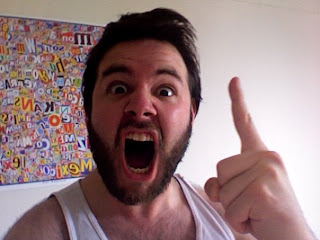 Whose daughter was found after

she had eaten a rose,

who worried and called poison control.

Whose daughter I can see with a

while she held the briery stem,

a petal still clinging, and petals

Whose daughter told me about riding

cows and whose daughter I could

cow, lolling drearily upon the

back of a black and white

milk cow along the open hillside

so alive that they buzzed as they lingered.

Whose daughter loves God and

is a reminder of his way,

whose daughter married a good man.